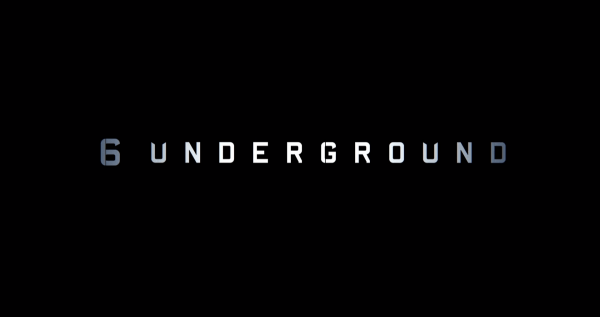 It goes without saying that Michael Bay is one of the most popular film directors of our time. Movies like Bad Boys, Amargeddon, Transformers and Pearl Harbor were directed and produced by him. His latest coup, “6 Underground” with Ryan Reynolds in the leading role, premiered last Friday, on December 13 on Netflix. The Blockbuster was written by Paul Wernick and Rhett Reese, who are well known for the writing of the 2016 superhero film “Deadpool”.

According to the critics and Reynolds himself, “6 underground” is the “most Michael Bay movie ever” as you can see in the trailer. What does this mean? An overwhelming amount of explosions, gunfire, fights, car chases and even more explosions while 6 people lead by an American billionaire and philantrophist try to take down criminals of a brutal regime in Middle East.

We are thrilled to announce that the SCUBAJET was part of the 150 Million US Dollar action thriller, which is by the way one of the most expensive Netflix production in history too. This collaboration started a year ago, when the production team reached out to us, and we got super excited about the opportunity that our SCUBAJET dive scooter will be shown on screen. The SCUBAJET was used in one of the final action scenes, and is visible two times. Check this out:

If you want to jump right to it, you can see both scenes at the 1:43 mark on Netflix. Enjoy!