As a company we are always proud to work and collaborate with high profile personalities, who are known for their outstanding work and impressive achievements.
Text Sabrina Hanneman, Mauricio Handler | Pictures Mauricio Handler, NETFLIX
One of them is SCUBAJET Ambassador Mauricio Handler, who kindly agreed to an interview on the occasion of his latest Netflix production “Our Universe”, where the SCUBAJET was used for recording the underwater sequences.

“SCUBAJET is now integrated into our production DNA!” 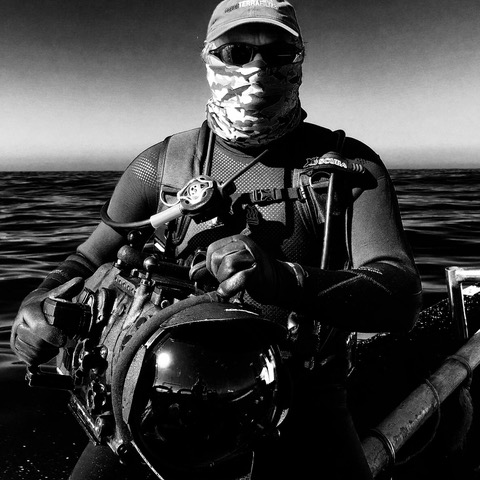 You are a well-known cinematographer and the owner of Aquaterrafilms. Can you tell us a little bit more about your professional background?
I became a certified Scuba Divemaster at a young age. A decade later while living in the British Virgin Islands I started an underwater video production company. These were the early days of video and my “underwater tourist tapes” interlaced with wildlife footage were all the rage. I logged 800 dives a year for 3 years straight! I was also working as a commercial underwater stills photographer and it was this experience that led me to work as a National Geographic Magazine underwater photo assistant. Traveling the world while developing an underwater stock library ultimately led to my becoming a contributing photographer to the National Geographic Image Collection. This decade was formative and needless to say full of exciting adventure travel of the highest caliber. For the next 15 years I continued to work on and off with National Geographic and through my company, Handlerphoto, I lead underwater photography workshops and expeditions worldwide. All the while continuing to work as a commercial underwater photographer. My ultimate goal though was to become an underwater cinematographer and although I had done some professional filming along the way, it would not be until 2013 when together with my wife and business partner Julia, we launched Aquaterrafilms. The affordability of the new Red Cinema Cameras allowed me to finally make a full-time go as a cinematographer both above and below the water. We were working the world but now from our home base in Maine, USA.

What was the defining moment in your career, when you realized your passion for underwater photography?
Passion for the underwater world, visually speaking came early on in 1984 when I exposed my first roll of Velvia. The colorful images became the commercial brochure for the dive center I worked out of. Soon thereafter I sold my first magazine cover for $50 and I knew then that I could make it happen professionally. I never looked back! My passion for underwater photography was always tied into business. I managed to survive the professional onslaught that the digital revolution brought to the analog world, successfully transforming my imagery and the way I worked and taught along the way.

If you think about your most amazing adventures, biggest achievements, or greatest projects. What comes to your mind first?
Returning to visit Chile (where I was born) but now as a professional underwater cinematographer was a pivotal point in my professional filming career. I ended up filming in Chile for 6 consecutive seasons as one of the first underwater cinematographers concentrating on its unique underwater wildlife world. It was career-changing as Chile became a launching pad for many films including my first contribution on Wild Chile. Later, The Humboldt Current became my first international series while Ocean Secrets was our first co-production using my extensive motion library created over a span of 10 years. More recently, Patagonia: Life on the Edge of the World (CNN) a six-episode mini-series just aired in 2022. My latest film contribution for Netflix, Our Universe, is out now on Netflix. Our company Aquaterrafilms is also in the middle of editing a self-produced film called American Waters which has been in production for many years here in Maine, where we currently live.

When did you first hear about SCUBAJET and how did you know that this underwater scooter might be perfect for your projects?
In early 2018, Julia was at the Miami boat show and it was she that alerted me after speaking to one of SCUBAJET’s reps at the show. In 2020 we get our hands on this small compact yet powerful underwater propulsion tool with the new travel (airplane-compliant) batteries. We had plans to mount it under our underwater housing and use it on productions which since then, we have done on multiple occasions. Its small size is perfect for travel yet it does not compromise on power or extended battery use.

What are the main characteristics you like about SCUBAJET?
Size, power, and battery life! That is it. Small size for travel is ideal, both when shipping internationally as well as carrying it on our land-based productions in our custom expedition vehicle. Power is never an issue and the 4 hr duration on the plane-compliant batteries is just remarkable! I can use it with my Shallow water CCR (closed circuit rebreather) which allows me to remain underwater up to 5 hrs at a time!

Are there other projects planned, where you are going to use the SCUBAJET too?
We are currently editing the first hour for a new self produced series called “American Waters” This is a series Julia and I have been putting together over the last few years. Most of the filming has been and will continue to be from our Overland expedition vehicle which is a custom camper/ filming platform that will take us all over North America. The SCUBAJET in combination with our extended bottom time CCR and our Red 6k filming format are all intended to work together. The extended bottom time whilst covering greater distances while keeping up with fast-moving wildlife is all part of this project. SCUBAJET is now integrated into our production DNA!

Talking about the Netflix series “Our Universe“, narrated by Morgan Freeman: It’s a completely new kind of documentary with 6 episodes, which explore different aspects of life on Earth and how we got to this point in space and time. We are glad that the SCUBAJET contributed to this masterpiece. Can you tell us more about how you used SCUBAJET in there?
As underwater wildlife DP for part of the 6th episode Force of Attraction which closely follows two king Penguins, I used the SCUBAJET mounted underneath my underwater cinema housing to create some of the kelp forest scenes as well as some of the open water sequences. The SCUBAJET was an ideal tool as its size allowed me to glide through tight spaces in between densely packed kelp beds. For more information on Aquaterrafilms follow them on Instagram @aquaterrafilms and @wanderinglyle.